This island is lovely. It is mild and gentle in the middle of a roaring sea. The so-called flower island is a paradise for people who not only like flowers but who even see them as messengers of happiness. We are talking about Madeira, the Portuguese enclave in the Atlantic. The distance to Morocco is closer than that to the Algarve, but the European mother country is still proud of its pretty child and its sister Porto Santo. Because the climate here is almost always pleasant with spring-like temperatures in winter.

It is said that Madeira is an ideal place to strengthen nerves, circulation and heart. The legendary “Sisi”, the Empress of Austria, who hoped to be cured from her lung disease there a century and a half ago, apparently already knew this. Today numerous luxury hotels have established themselves on Madeira. With a dignified Mediterranean touch and of course with wellness oases. In the following we present you the most exciting tours, the most beautiful attractions and the best sights in Madeira.

1. Ride in the basket slide

A ride in a basket sledge is a unique experience. The writer Ernest Hemingway once described the slide from the villa village of Monte over almost five kilometers down into the city of Funchal as one of the most exciting experiences of his travels through Europe. The basket sledge is a mixture of a comfortable sofa and a kind of laundry basket on runners.

The ride in the Carro de Cesto was invented by a British businessman in the 19th century and is particularly popular with holidaymakers. The starting point is below the church “Nossa Senhora do Monte”. From there it goes steeply downhill in many curves. But the speedy ride in the basket sledge is harmless, because the traditionally white-clad companions steer and steer the unusual means of transport.

Among the most interesting sights on the island are the caves and grottoes of Sao Vicente. You are in the north of Madeira and around 35 kilometers from the metropolis of Funchal. The “Grutas” are of volcanic origin and are said to be 400,000 years old. The tunnel system made of solidified lava was only opened to the public in 1996. The bizarre underworld extends over around seven hundred meters in three galleries. Most of the caves are five meters high.

In the visitor center at the end of the tour there are interesting details about the history of Madeira. The former fishing village of Sao Vicente is also a popular destination for surfers. The baroque church “Igreja de Sao Vicente” is located in the center of the picturesque town.

Funchal’s Monte district has given itself a nice gift with its tropical garden. This is a masterpiece by ingenious and imaginative florists made possible by the Portuguese investor José Berardo, who had already immortalized himself with his private collection in the Lisbon art museum Colesao Berardo. The initiators of the Jardim Tropical in Madeira were inspired by Asian models.

Typical tiles, the azulejos, can be found everywhere in this botanical wonderland. Among other things, they tell the story of the Portuguese in Japan. A large pond with colorful, shimmering koi and proud swans is the focus of the impressive facility.

The rock formations on the Ponta de Sao Lourenco peninsula in the east are bizarre. There is almost always a strong trade wind blowing here, which means that the vegetation in this nature reserve is not as lush as in other regions of Madeira. But in the rainy weeks of spring, a photogenic carpet of flowers spreads out there.

Ponta de Sao Lourenco is ideal for a long hike. An eight-kilometer tour begins at the Baía d´ Abra viewpoint. After the strenuous ascent to the “Ponta”, the hiker is rewarded with a magnificent view. If you want to take a refreshing swim later, you can do so at Praia das Sardinhas.

Teleférico do Funchal – this is the official name of the cable car that connects the capital with the panoramic mountain Monte. It was handed over to the determination in November 1960 and climbs 560 meters in a quarter of an hour. Eight hundred passengers per hour can be carried in 39 cabins. So there are hardly any waiting times.

If you want to see the botanical garden at a lofty height, you can use another cable car after a short walk. From there, visitors can also take a taxi or bus back to the valley. But first you should have a look at the pilgrimage church of Nossa Senhora. In the left aisle, Charles I, the last Austrian emperor, found rest for eternity in a coffin. 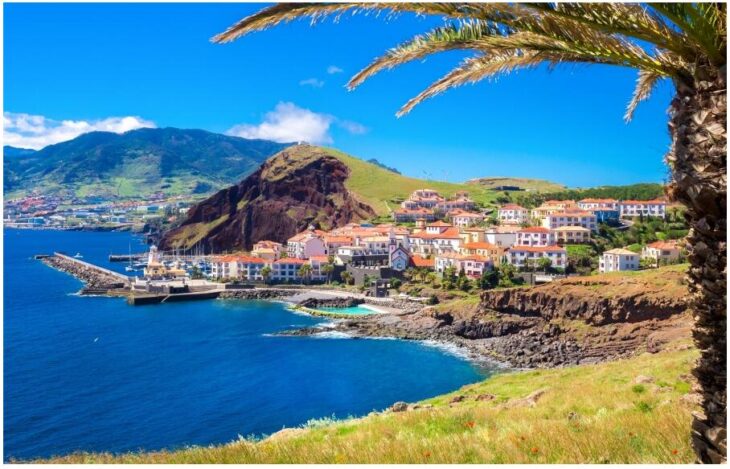 6. The “Cape of Repentance”

In the south of Madeira there is the highest cliff in Europe, Cabo Girao, which translates as “Cape of Reversal”. The rock has a height of 580 meters and the panorama from the viewing platform is spectacular there. The cliff is one of the island’s greatest attractions and is the starting point of the interesting Levada do Norte hike. The impressive rock is also an attraction for paragliders who have found their starting point there.

To protect against attacks by pirates, the Fortaleza Sao Tiago was built on Madeira in the 17th century. For a long time the fortress was used exclusively for military purposes. Today the Museum of Contemporary Art is housed here. Works by well-known Portuguese artists can be seen in the old walls of Fortaleza.

The fortress in the harbor with its bright yellow walls is part of the historic old town. When visiting, you should have a look at the cistern in the courtyard, which was carved into the rock. The entire complex is a listed building.

If you want to swim safely in sea water, you should go to the lava pools of Porto Moniz. The basins were created by volcanic activity and erosion. They are permanently washed over by the waves of the Atlantic and are also suitable for a swim with children. They are open all year round and can be used free of charge.

Porto Moniz is a small place at the northwest end of Madeira. Until the eighties of the last century there was a harbor for whalers here. In addition to the lava pools, the fish restaurants in this region are particularly popular.

The alleys and squares of the old town exude a very special charm. The Rua de Santa Maria was the nucleus of Madeira’s capital in the 15th century. In the past, this was a somewhat run-down area, but in recent times a number of restaurants and bars have established themselves here, which revamped the image of the old town.

The art project “The Art of open doors” is presented as an “open air gallery”. Numerous artists have painted the doors of the houses there. The Corpo Santo chapel is located in a small square. It dates from the 15th century and has a beautiful wooden ceiling.

The Sé Catedral de Nossa Senhora da Assuncao is the religious center of the island. It was inaugurated as the bishop’s seat in 1517 and built with twelve different types of lava rock found on the island. Several historical exhibits from the cathedral are on display in the nearby Museum of Sacred Art. The altarpiece in the high chapel was commissioned by King Dom Manuel I. It is crowned by an impressive headliner.

The sights of the church include the beautiful wooden ceiling and the choir stalls, which are based on the Flemish style. In front of the cathedral is the statue of Pope John Paul II who visited Madeira in 1991. 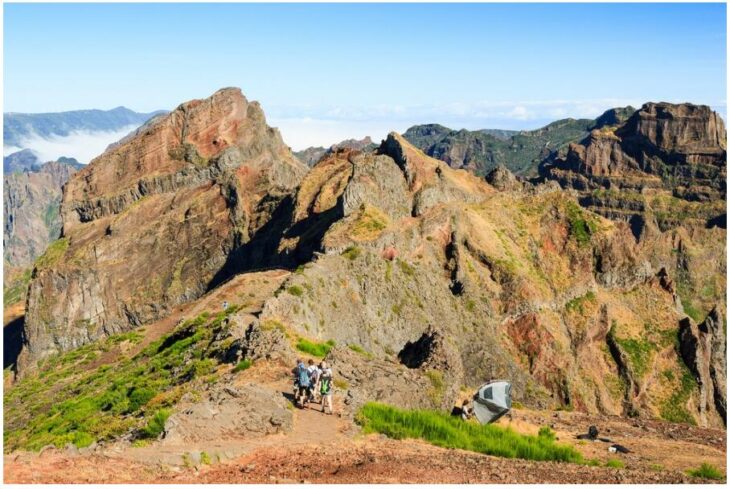