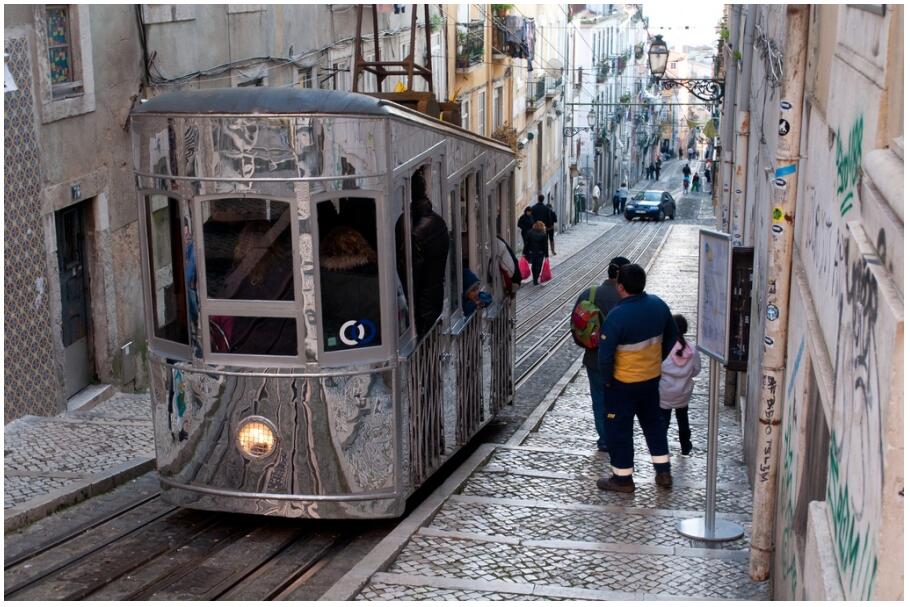 Lush green mountains in the north, beautiful beaches in the south, rugged cliffs in the west and original villages that alternate with modern cities – Portugal is filled with natural beauties and cultural treasures. Surrounded by golden plains, with crystal clear mountain lakes and beautiful river valleys, the former seafaring country looks like a gigantic colorful garden: Ancient trees, flowers and tropical fruits conjure up a fabulous atmosphere.

The picturesque Algarve in the southwest forms the contrast to the bizarre landscape. The “land of the setting sun” enriches Portugal with dream beaches on the more than two hundred kilometers of coastline. Not to forget the capital Lisbon, which, with its unique location, is one of the most beautiful cities in Europe. Portugal is by no means an appendage of its neighbor Spain, but has its very own character and is rightly considered the “Pearl on the Atlantic”.

Below we present the most exciting tours, the most beautiful attractions and the best sights in Portugal. 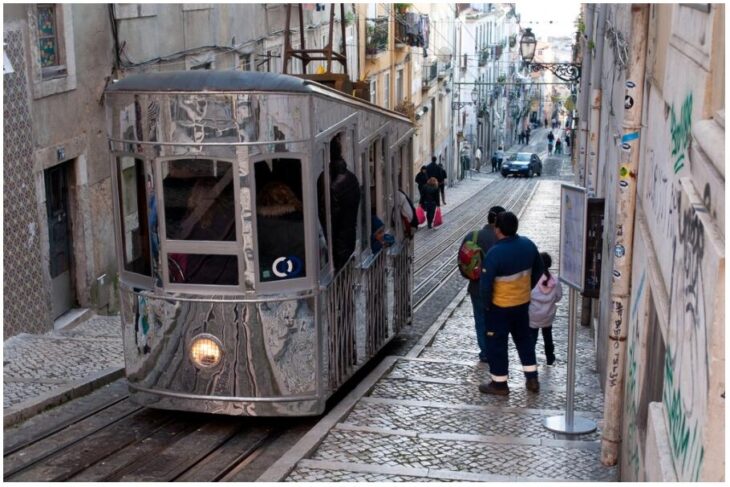 The white city stretches from the wide bay of the Tejo up to the steep hills – a fantastic topographical situation. The unique light that falls into the winding streets of the old town gives Lisbon something special. History hangs on the walls here – every step is rewarded with beauty. Events over 20 centuries give the old seafaring town its irresistible charm.

Experience magnificent palaces, wonderful gardens and masterpieces of Portuguese architecture – such as the monastery complex in the suburb of Belém. Sensational views open up from the high-lying parts of the city. Countless steps connect the upper and lower town. The heart beats faster in the narrow streets – you soon reach the Miradouro Santa Catarina; it forms a magical vantage point over the red roofs and the blue Tagus. Lisbon captivates with a rich culture and breathtaking monuments.

On the right bank of the Douro, from which the old town rises in steep terraces, lies the old merchant town of Porto. It was once the most important port city in historic Portugal. This is where the ships left to conquer the New World. The port city preserves its architectural history in the old town, which is still partly connected by ramparts. Countless sights such as churches, cathedral, bishop’s palace and monasteries determine the cityscape.

Porto presents itself as a kind of architectural style museum, the spectrum of which extends from the Middle Ages to the early 20th century. The Ponto de Dom Luis I, completed in 1885, spans the river. The bridge extends to Vila Nova de Gaia, the seat of the port wine cellars. Porto is not the city of individual buildings. Rather, the place explains itself as a chaotic total work of art and is precisely because of this UNESCO World Heritage Site.

The pearl of the Alentejo is located in the south of the Algarve. The charming place is still almost completely enclosed by old walls, the cityscape is characterized by alleys and squares with arcades. Évora, already an important city in Roman and Moorish times, has been a UNESCO World Heritage Site since 1986. On a hill in the historic Alentejo landscape, the market and trading center developed into the Portuguese center of humanism and at times served as a royal residence.

One of the extraordinary sights is the Temple of Diana, built around 200 AD, with a fascinating and at the same time depressing history. The Praça do Giraldo forms the heart of the city and invites you to linger with countless cafés, boutiques and terraces. Not far from the delightful square is an impressive Renaissance fountain with eight fountain tubes as well as the stately church Igreja de Santo Antâo.

A grandiose landscape garden formed on the slopes of the granite mountains Serra de Sintra between Lisbon and the seashore. Here, northern zones and the Mediterranean flora merge into a harmonious unit. So it’s no wonder that Sintra has been the summer residence of the Portuguese kings for centuries. In the middle of the 19th century, Ferdinand von Sachsen-Coburg-Gotha had the Castelo da Pena built.

The palace and gardens are fine examples of the enthusiastic spirit of romanticism. The small town is no less enchanting with its colorful architecture. Extravagant buildings and an abundance of national monuments bear witness to an extensive history. A spectacular view of Sintra and the surrounding region is offered from the walls of the idyllic castle ruins of the Castelo dos Mouros.

Snorkeling, diving, swimming or just relaxing: In the beautiful bays of Praia da Marinha, surrounded by steep rocky cliffs, water sports enthusiasts and bathing enthusiasts cavort. The beaches of the Lagoa region exert a magical attraction. Long stairs lead down to the beach. Before doing this, it is worthwhile to linger briefly to enjoy the breathtaking view over the wonderful beach. Arches, dolimens, grottoes – you can’t get enough of them.

Vacationers can enjoy relaxing bathing days in a picturesque setting. Meanwhile, the famous rock structure, which looks like the letter M, is impressive. From Praia da Marinha the boats go to the sea caves of the Algarve. Romantic sunsets are guaranteed. Praia da Marina is one of the most beautiful beaches in the world. Anyone who has been here once becomes a repeat offender. 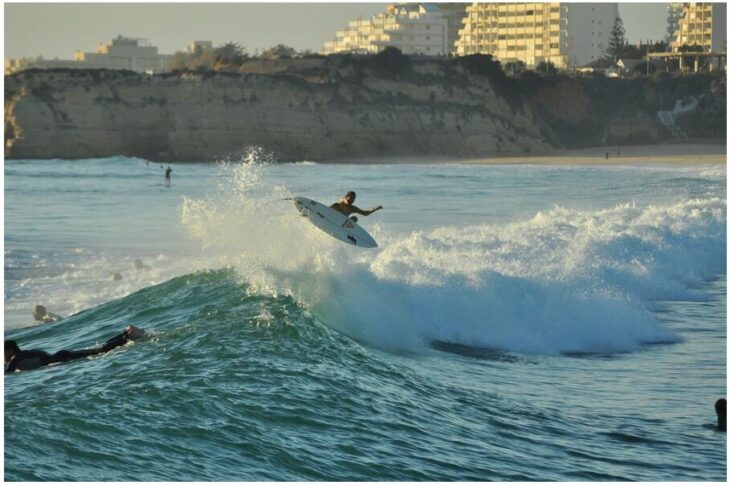 Far away from the rest of the world, the Peneda-Gerês National Park is located in the far north-west of Portugal. While the western part of the protected area is mainly used for agriculture, the rugged eastern part is home to rare animals and plants. Here human activities are harmoniously integrated into nature.

Fields with blue-violet tones conjure up a unique atmosphere, streams and rivers cascade down, small wild horses roam free – the landscape is magical. Far away from the beach and the hustle and bustle, a paradise for hikers and the adventurous reveals itself. The winding hiking routes, past milestones, bridges and stone walls, are enjoying growing popularity.

Faro forms the center of the Algarve with a picturesque old town. Three entrances lead through the imposing Roman city wall. It gives the impression of entering another world. The magnificent Jardim Manuel Bivar square offers a magnificent view of the Ria Formosa lagoon. Tip for a day trip: Tours to the beautiful national park start at the small harbor.

Saltwater lagoons and mud flats form the Ria Formosa National Park, which forms an important habitat for wild animals around the town. The unique location and diverse landscape made Ria Formosa one of the seven natural wonders of Portugal. A boat or kayak tour is recommended along the magical landscape.

The Portuguese poet Luís de Camões summed up the westernmost part of the European continent in the following words: “Here … where the earth ends and the sea begins …”. The quote is inscribed on the side of a huge monument on this headland. Cabo da Roca is a rough, deserted landscape.

Here, where thundering waves break on craggy rocks, it was believed until the 15th century that one was at the end of the world. Today the most dramatic landscape in Portugal is revealed. When the sun slowly goes down, the place unfolds all its magic – a magnificent play of colors reveals itself.

Guimarães is the cradle of Portugal. Located at the foot of the Serra de Santa Catarina, the city was the first capital of the Portuguese kingdom. Alfonso Henriques lived in the castle, above the beautiful old town. In the 12th century he declared his county Portucale, the land between Minho and Douro, to be a kingdom.

The city center is home to traditional houses, Gothic buildings and beautiful squares. The windowless fort on the castle hill in the north of the city is particularly worth seeing. No less impressive is the Paco Ducal, a palace built in the 15th century for the Dukes of Bragança. The city has been a UNESCO World Heritage Site since 2001.

In the green north of Portugal lies the dreamy town of Ponte de Lima, named after the Gothic bridge over the Rio Lima, with magnificent patrician houses from the 16th century. Every 2nd Monday the oldest (since 1125) and one of the largest markets in Portugal takes place on the river promenade.

The charming town has a magical atmosphere. Not only the magnificent houses and palaces attract countless people. Ponte de Lima is the Portuguese part of the Camino de Santiago. This is where the pilgrims meet on their way to Santiago de Compostela. 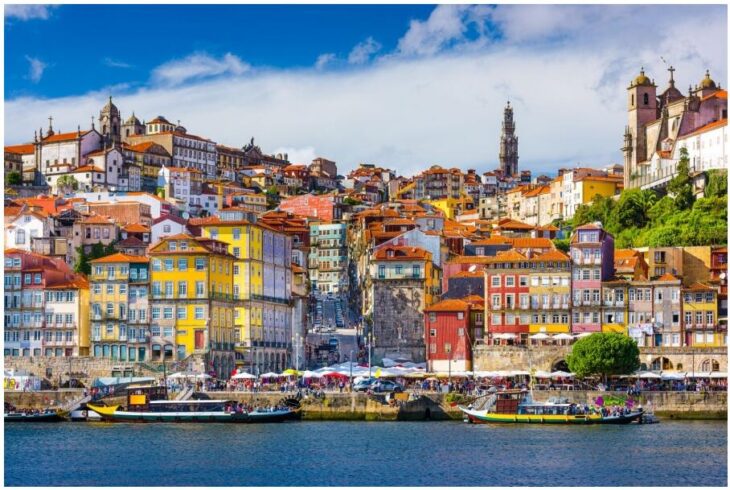