The Finns have to deal with many prejudices in Europe, the continent that Finland belong to according to COUNTRYAAH.COM. They are often referred to as emotionally hypothermic, stubborn and hard-drinking at the same time, but also as sauna addicts. The best way to find out what makes Finns really tick is to visit Finland. Because what would you do if winter took up half of the year? One thing for sure: enjoy spring and summer even more! The country has over 180,000 lakes and more than 70% of the Finnish land area is covered with forest. Finns are nature-loving people who are very open-hearted and hospitable, even if sometimes only at second glance. What else there is to see and do in Finland: 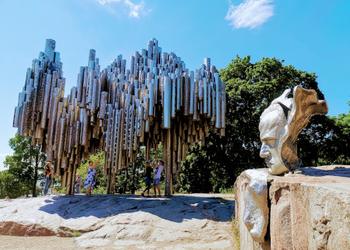 In the north of the Finnish capital Helsinki there is a monument that directly shows the connection to music. It consists of 600 connected steel pipes of different sizes, some of which seem to be suspended in the air. When the wind blows through the park, melodic tones sound. A bust shows the composer Jean Sibelius, to whom this monument from the 1960s was dedicated. 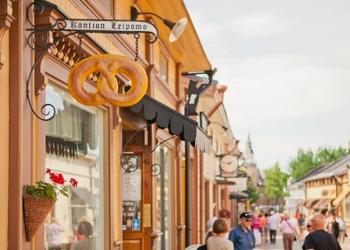 If you want to see a typical Scandinavian city with its small wooden houses, you cannot avoid a visit to Rauma. It is the third oldest city in the country and a rather small town with just 800 inhabitants. The winding streets of the old town with their cobblestones and the well-preserved houses look picturesque. It is a stroll through the living past, which you can complete with a piece of cake in one of the cafés or a little stroll through the shops. 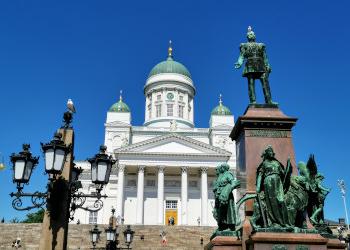 A must see on any holiday in Helsinki is a tour of these three opulent buildings. The rock church, also called Temppeliaukio church, was completely carved into rock and is used as a concert hall in addition to the church aspect. The Uspensky Cathedral owes its Russian architectural style to the rule of Russia over Finland at the time. In return, the dome has a very straight and symmetrical shape. It is the city’s landmark and towers over Senate Square. 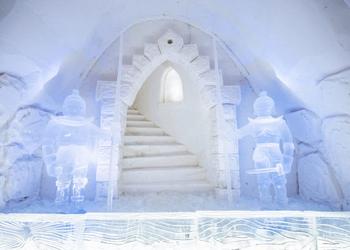 The long winter in northern Finland can also have its advantages. Otherwise this fantastic building would probably not be able to be maintained for long. Kemi Snow Castle is the largest castle in the world built from snow. It is worth a visit every year, because the architecture changes every year. The ice hotel offers a unique adventure and a very special kind of accommodation. In addition to sleeping facilities, the snow castle also houses a restaurant. The hot soup should be spooned out quickly, however, before the table of ice begins to melt. And there is even a chapel in the complex, of course almost entirely made of snow and ice. Next to the main building there are accommodations made of glass domes for an unobstructed view of the northern lights. 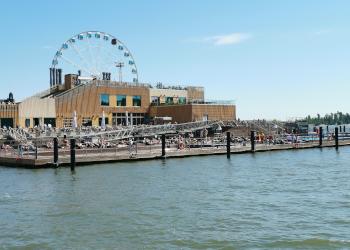 A Ferris wheel as a tourist attraction is already present in several large cities. Helsinki’s Ferris wheel stands at the harbor, is around 40 meters high and is called the Skywheel. Of course you can get a fantastic view of Helsinki from up here, but that alone doesn’t make the Ferris wheel a highlight. Rather, it is the creativity and craziness of the Finns that is reflected here. There is a sauna in one of the gondolas that can accommodate up to 5 people. Sweating to enjoy the view of Helsinki makes it a unique experience.

In the vicinity of Rovaniemi there is a very special attraction for young and old: the Santa Claus Village. Here, right on the Arctic Circle, Santa Claus has had his office since 1985 and welcomes his visitors for a photo or a little chat – even in summer. Rovaniemi has become an official Santa’s home. In addition to Santa’s office and the marking of the Arctic Circle, there is also an exhibition on the history of snowmobiles. If you want, you can register here for mail from Santa Claus for Christmas or surprise your loved ones at home with it. 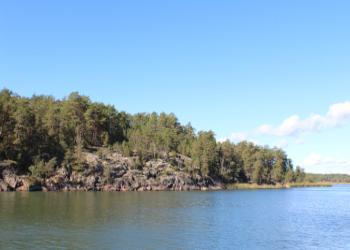 When the mountains aren’t skiing, the Finns prefer to spend their holidays on the water. Therefore there are countless small (mostly red) wooden houses that are located on the southern Finnish lakes and even on the smallest archipelago islands. The Finnish lake district in the southeast of the country alone, the Saaimaa lake area, covers an area of ​​over 100,000 square kilometers and is therefore the largest lake district in Europe. Over 13,000 smaller and larger islands have formed within this area. If you stay there you will see the typical summer houses of the Finns again and again, only accessible by boat and of course with their own sauna. The only thing you don’t need here is a shower after the sauna: in winter you can go into the snow, in summer directly into the clear lake. 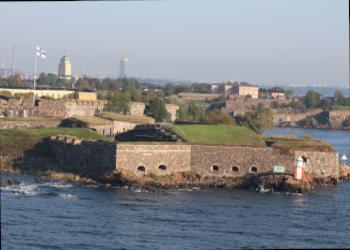 The fortress island of Suommenlinna is just outside Helsinki. It actually consists of 6 islands and offers the residents and visitors of Helsinki a special kind of recreational area. A ferry takes you to Suommenlinna, which has been a UNESCO World Heritage Site since 1991, in just 15 minutes. You can make your stay varied, because there is a lot of green and space to picnic or go for a walk. The remains of the former fortress with its numerous accessible tunnels invite you to explore. And then you can relax in one of the cozy cafes on the island before taking the ferry back to the capital. 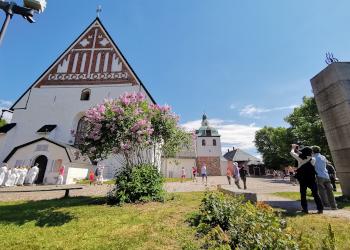 Only 50 kilometers east of Helsinki is the small town of Porvoo with its 50,000 inhabitants. Only two thirds of the population speak Finnish as their mother tongue, over 30 percent of the population speak Swedish. But the city has much more to offer than this peculiarity. It is a beautiful old city, the second oldest in the country, which offers a fairytale view of the dreamy ensemble of wooden houses as you enter from the hill. And here, too, the proximity to the water is omnipresent. Due to its location on the coast, there are many houses with their own jetty. The city was an important trading city under the rule of Sweden. Today you can stroll through the charming and medieval-looking streets, which are lined with charming little shops and cafes.

By far the most beautiful sight in Finland is and remains the fascinating nature. With its numerous lakes and rivers, countless small islands and deep forests, a hike through one or more national parks is an absolute must on a holiday in Finland! It is up to you whether you want to go to a “normal” forest or try out one of the nearly 40 national parks. Either way, you can find peace and quiet in Finland and you will inevitably escape the hectic everyday life.